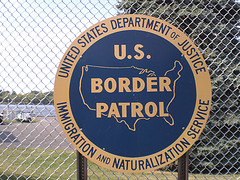 The E-Verify program was scheduled to sunset at the end of November 2008 if it was not extended or reauthorized. The Department of Homeland Security’s Appropriations bill allocated $100 million and 255 positions for E-Verify.

E-Verify still remains a voluntary program even though some states, including Arizona, Arkansas, Colorado, Georgia, Idaho, Minnesota, Mississippi, Oklahoma, Rhode Island, South Carolina and most recently Missouri have all mandated its use in some form.

With this funding, I expect there will be a push for more states to mandate it’s use even though it’s not a perfect system.

“I have been associated with FYI for more than six years. I have used a number of other agencies to do our background investigations and have never had any of them that approaches the quality I receive from FYI. They deliver a quality product in a timely manner that is quick and accurate, without fail. I would add that FYI’s service is a value added component of our comprehensive Loss Prevention Product. We highly recommend FYI.”