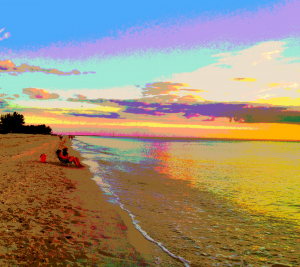 Having trouble keeping up with all there is to know about employee background screening?

FYI Screening stays on top of the latest industry news, trends and relevant compliance issues.  We are a powerful source of advice, information, and experience.

One of the best ways to tap into our vast source of information is to follow us on Twitter @fyiscreening.

Here are some of the helpful articles we’ve been sharing…

“The workplace is becoming ever more micro-managed at the expense of personal privacy. Here are just a few examples of how these protections we used to take for granted have been taken away in recent years.” – marketwatch.com

“The employment application process has become increasingly complex and a growing source of litigation for retailers and other employers. Home Depot Inc. was recently slapped with a lawsuit alleging that the behemoth retailer runs background checks on employees and job applicants without properly notifying them or providing copies of the reports before taking adverse action against them over the reports’ findings.” – fashioncounsel.com

“The report takes an in-depth look at retailers’ background check habits including what checks are run, what positions are screened and how retailers are reacting to EEOC guidance and ban-the-box laws.  Retailers were asked to rank their various reasons for performing background checks, showing that safety is their biggest concern.” – lpportal.com

“Small businesses contend the EEOC’s guidance on using criminal background checks is so confusing that they could still be sued by the agency even if they tried to follow it.” – bizjournals.com

“The background check process for drivers working for the popular ridesharing app Uber has been in the news lately. The $17 billion startup has been plagued by accusations that safety is not enough of a priority. Uber recently announced that it would subject itself to an audit, to be carried out by former New York City mayor Rudy Giuliani.” – uber.com

Meet the Online Tracking Device That is Virtually Impossible to Block

“A new, extremely persistent type of online tracking is shadowing visitors to thousands of top websites, from WhiteHouse.gov to YouPorn.com.” -propublica.org 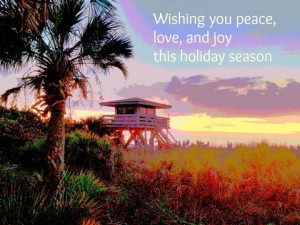 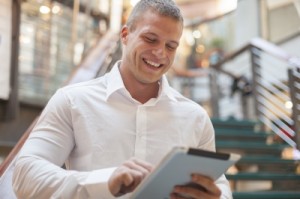 Welcome to another edition of “What’s hot in employee background screening news”. If you want to make smarter business decisions, you’ve come to the right place. Here are some of the interesting items that caught our attention last month.

When Was The Last Time You Cheated?

“Unethical behavior is increasingly studied by psychologists and management specialists. New research shows that as long as you didn’t think your cheating hurt anyone, you may have felt great.” – nytimes.com

“Good news for employers that have had to revoke conditional employment offers: Employers that discover disqualifying information after an offer has been tendered but before the candidate starts work are free to revoke the offer. That won’t result in a big jury award.” – This article provided by Business Management Daily.com

California Gives Break to Job Seekers With Criminal Past

“California, with the most state and local government employees in the U.S., won’t ask job applicants if they’ve been convicted of a crime, recognizing that a growing number of people in the workforce have criminal records.”  – bloomberg.com

If You’re Looking For a Job, Be Proactive About Any Issues That May Show Up on a Background Check

“Let a potential employer know ahead of time that you’ve had some problems with your credit. Explain why they occurred and what you have done to remedy the situation.  When it comes to criminal records, it may make sense to adopt a similarly proactive approach. If you volunteer your history, it could benefit your application. It’ll also let you put as positive a spin on the conviction as possible.” – detroitnews.com

“Florida college and university students and staff can now check a new online database to see if there are registered sex offenders on their campus.” – nbcmiami.com

“California has become the latest state to tighten oversight of home health agencies that provide custodial care — help with bathing, dressing, toileting and other basic tasks — to older adults and people with disabilities.  Gov. Jerry Brown signed the Home Care Services Consumer Protection Act of 2013, which will require agencies to conduct background checks on workers, provide five hours of training, list aides in an online registry and obtain a license certifying their compliance with basic standards.” –  nytimes.com

Why HR Should Bet on Technology

“Your hiring efforts should never be a gamble. Using new technology increases your odds of finding the top talent your company needs to thrive.” – therecruiterslounge.com

“The announcement from the country’s second-largest retailer comes just months after Minnesota Gov. Mark Dayton signed “Ban the Box” legislation, which will next year make it illegal for the state’s employers to ask about a job applicant’s criminal history until he or she has been selected for an interview.  The “Ban the Box” movement began gaining momentum last year when the federal Equal Employment Opportunity Commission clarified that a potential employee should not be turned down solely because of a prior conviction. Ten states and more than 50 U.S. cities have passed “Ban the Box” legislation, according to the National Employment Law Project, a low-wage worker advocacy group.”  – huffingtonpost.com

“According to this recent survey from CareerBuilder.com, the number of hiring managers who are reporting that a job candidate’s social media indiscretions have cost them a position is up nearly 10%, while the overall use social media to vet candidates continues to grow.” – weknownext.com

How to Avoid Hiring an Edward Snowden

“The Importance of the Background Check – Although there are multiple ways to protect your company from insider security breaches, the primary line of defense is the background check. You want to be able to screen for those who might expose your confidential data, whether it’s from collecting business intelligence or leaking company trade secrets.” – pursuitmag.com

“At the present time ban-the-box laws have been enacted in more than 50 state and local governments. While the majority of these laws apply only to public employers, there is a new “trend” applying ban-the-box laws to private employers or government contractors.” – seyfarth.com

“Employers are increasingly turning to the FBI’s criminal databases to screen job applicants, sparking concerns about the accuracy of the agency’s information and the potential for racial discrimination.” – washingtonpost.com

“Background checks for employment have become an integral part of the hiring process. Most employers conduct some form of background check as standard practice. However, employers need to be sure to be in compliance with EEOC requirements as well as the Fair Credit Reporting Act (FCRA) and state laws.” – hr.blr.com 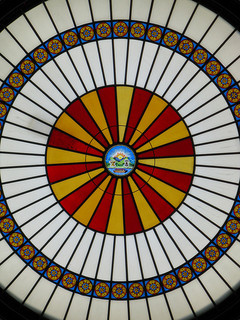 From the Columbus Dispatch:

The “collateral sanctions” bill that raced through the Statehouse last year was hailed as a measure to allow ex-offenders who have paid their debt to society to shake off their records, find jobs and make a fresh start. It is doing just that — but with unintended consequences:

A rapist was cleared to work with children. A woman who’d been charged with murder but was found mentally incompetent to stand trial was cleared to work at a hospital. A person with a pattern of crimes that would make him an undesirable neighbor — menacing, burglary and terrorist threats — was cleared to move into public housing.

In each case, the state’s Bureau of Criminal Investigation had to tell the prospective employer that its applicant had “no criminal record,” when just the opposite was true. This is because provisions in Senate Bill 337 require the state to shield serious criminal histories during the pre-employment background checks it conducts for schools, day-care and senior centers, police departments and children’s services agencies and others.

These omissions are dangerous. They give employers a false sense of security. They give violent people access to unsuspecting victims.

Ohio Attorney General Mike DeWine is calling on the General Assembly to hold hearings to find a way to preserve the intent of the collateral-sanctions law and still protect the public.

The measure was billed as a way to remove unreasonable roadblocks that afflicted 1.9 million Ohioans. For example, one of the most-frequent sanctions, the revocation of a driver’s license, was tacked onto many crimes unrelated to the operation of a motor vehicle. And someone with a criminal record generally could not get a barber or cosmetology license. Such sanctions are pointless impediments to employment, making it that much more difficult for former inmates to go straight.

But the law also requires BCI to shield highly relevant information, including arrests without convictions. That’s a problem because Ohio counties fail to report one out of 10 convictions to the state’s database. And some conviction notices arrive months late. Further, a pattern of charges that haven’t led to a conviction — for domestic violence, for instance — is telling. It could prevent a wife-beater from becoming a police officer.

Also purged from the background investigations are serious juvenile-court convictions. The laws allow reporting only of murder, aggravated murder and sex crimes, but only if the youth is still required as an adult to report as a sex offender.

“From a common sense-point of view, if I was looking for a foster parent or looking for someone to work with children or to be with children, I would want to know whether they had been convicted of rape,” DeWine told the Associated Press.

Since the law took effect in September, DeWine has compiled a list of 24 background checks — he calls them “horror stories” — in which BCI had to cross its bureaucratic fingers behind its back and report “no criminal record.”

The intent of the law is worthy, but it needs fine-tuning, and soon.