Bentley: I’ve read about the public outcry that resulted from the City of Bozeman, Montana’s decision to ask job applicants for their social networking site user names and passwords. Obviously, there are enough problems associated with that practice that the city discontinued it. Can you explain?

Klosek: It’s just, in my mind, fraught with legal dangers. For example, what you post on your own Web site, the writings and photos and such, you’re really using someone else’s service. And for the most part, if you provide your password to the sites in which you participate, you could be violating their terms of use, which could leave you as the user subject to potential claims, including termination of your account or worse.

Then, as an employer, say you ask someone for their user name and password and then give it to another employee to do the screening, you don’t know exactly what they’re going to do with that information. With the user name and password, they’re basically impersonating the person whose account it is. They can send e-mails that purport to be on that person’s behalf, they can review e-mails that were sent from other people… It could be mundane personal communications, but there could also be trade secrets being exchanged, or a host of other things behind these protected e-mails. It’s just a minefield of dangers, in my view.

Bentley: What if you are using the Internet to screen prospective employees without their user names and passwords? Aren’t there still risks in doing that? 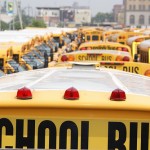 There is a growing trend in employment screening that places more responsibility on employers to analyze a past criminal record to determine whether there is a business justification not to hire a person.

From The Columbus Dispatch:

Custodians, bus drivers, secretaries and cafeteria workers could work in schools even with a past drug or theft conviction under a new rule being considered by the State Board of Education.

Committing a sex crime, kidnapping and murder still would prevent someone from working in a school. But some people who have committed nonviolent crimes — including robbery, cultivating marijuana or drug trafficking — could show they have been “rehabilitated” under the proposed rule.

The proposal would allow people with those less-serious convictions that occurred well in the past — ranging from five to 20 years, depending on the type of crime — work in a school if they can show evidence that they have walked the straight and narrow since. It would apply to new applicants and current employees. 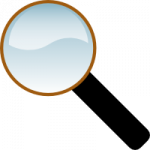 According to a Jump Start Social Media survey that polled 100 hiring managers at small, mid-sized and large companies:

“Social media is not only a great networking tool, it’s also a way for employers to perform reference checks on job candidates,” said Veronica Fielding, president of Digital Brand Expressions and its social media service for consumers, Jump Start Social Media. “Because LinkedIn is the most professionally oriented of the three, it tends to attract hiring managers who are doing due diligence.”