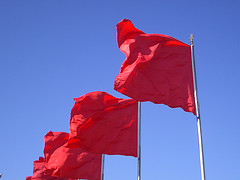 The Federal Trade Commission will delay enforcement of the new “Red Flags Rule” until August 1, 2009, to give creditors and financial institutions more time to develop and implement written identity theft prevention programs. For entities that have a low risk of identity theft, such as businesses that know their customers personally, the Commission will soon release a template to help them comply with the law. Today’s announcement does not affect other federal agencies’ enforcement of the original November 1, 2008 compliance deadline for institutions subject to their oversight.

“Given the ongoing debate about whether Congress wrote this provision too broadly, delaying enforcement of the Red Flags Rule will allow industries and associations to share guidance with their members, provide low-risk entities an opportunity to use the template in developing their programs, and give Congress time to consider the issue further,” FTC Chairman Jon Leibowitz said.

Are You Complying With The Red Flags Rule?

The Red Flags Rule requires many businesses and organizations to implement a written Identity Theft Prevention Program designed to detect the warning signs – or “red flags” – of identity theft in their day-to-day operations. Are you covered by the Red Flags Rule?

By identifying red flags in advance, you’ll be better equipped to spot suspicious patterns when they arise and take steps to prevent a red flag from escalating into a costly episode of identity theft. Take advantage of other resources on this site to educate your employees and colleagues about complying with the Red Flags Rule.

Subscribe to our blog to stay current and learn more about the “Red Flags Rule.” 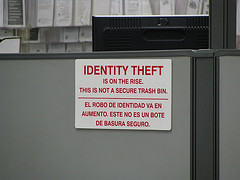 Recognizing the dangers of identity theft in the workplace, New York has joined 28 other states that have enacted laws intended to protect employees from identity theft.

TAKING IT A STEP FURTHER

Earlier this year, a new law went into effect in New York limiting employers’ use of employees’ personal information.

FYI Screening, Inc. is a Consumer Reporting Agency (CRA) that prepares Consumer Reports for authorized employers under the provisions of the the Fair Credit Reporting Act (FCRA). FYI only collects applicant data pursuant to written Authorization and Disclosure under the FCRA and only disseminates consumer reports to employers as directed in the written authorization. Data is only collected and distributed at the direction and authorization of consumers . The data is maintained in a secured site. All data is the property of the consumer. FYI maintains strict policies and procedures in all aspects of its operation to protect the privacy of consumers.

Find out how FYI Screening can help protect your employee’s personal information.  Contact us here or call 1-800-809-2419.

The following Q & A from the U.S. Citizenship and Immigration Services (USCIS) on the new Form I-9 contains helpful information.

Questions and Answers
Q. Why is a revised Form I-9 being released?

A. The revised Form I-9 reflects changes made to the list of documents acceptable for Form I-9 in accordance with the Department of Homeland Security’s (DHS) recent interim final rule. The rule furthers DHS’s ongoing effort to increase the security of the employment authorization verification process. The new rule:

– Requires that all documents presented during the verification process be unexpired;

– Adds to List A as evidence of identity and employment authorization valid passports for citizens of the Federated States of Micronesia (FSM) and the Republic of the Marshall Islands (RMI), along with Form I-94 or Form I-94A indicating nonimmigrant admission under the Compact of Free Association Between the United States and the FSM or RMI ; and

Q: What is the difference between the revised Form I-9 and the old one?

A: The biggest difference in the revised Form I-9 is that all documents presented during the verification process must be unexpired. Other than several technical updates, the following documents have been added or removed:

Two documents have been added to List A (Documents that Establish Both Identity and Employment Authorization) on the List of Acceptable Documents:

– A passport from the Federated States of Micronesia (FSM) or the Republic of the Marshall Islands (RMI) with a valid Form I-94 or Form I-94A indicating nonimmigrant admission under the Compact of Free Association Between the United States and the FSM or RMI.

Q. Where can I obtain a copy of the revised Form I-9?

Q. Why can’t I present an expired document?

A. DHS wants to ensure that documents presented for use in the Form I-9 process must be valid and reliably establish both identity and employment authorization. Expired documents may not portray a valid status. They are also prone to tampering and fraudulent use. This change takes into account the limits placed on these documents by their issuing authorities. If a document does not contain an expiration date, such as a Social Security card, it is considered unexpired.

Q. Why is only one type of Employment Authorization Document left in List A?

A. Forms I-688, I-688A and I-688B are older employment authorization documents. These are no longer issued and have now expired.

A: An informational copy of the revised Form I-9 and the interim final rule are available online through the Federal Register and on the Immigration Forms page of the USCIS Web site. The Handbook for Employers, Instructions for Completing the Form I-9 (M-274) is being updated to reflect the revision to the Form I-9 and will be available on the USCIS Web site in the near future. Employers who do not have computer access can order USCIS forms by calling our toll-free forms line at 1-800-870-3676. People can also request USCIS forms and information on immigration laws, regulations, and procedures by calling the National Customer Service Center toll-free at 1-800-375-5283.

Q: As an employer, can I accept documents that used to be on the Form I-9 but aren’t now?

A: No. Beginning April 3, 2009, employers may only accept documents listed on the List of Acceptable Documents on the revised Form I-9. When an employee must be reverified because his or her employment authorization has expired, employers should ensure that they use the revised Form I-9 with its new List of Acceptable Documents. An employer may not reverify the employee by completing Section 3 – Updating and Reverification on a previous version of the Form I-9.

Q: Are there any changes in the way the revised Form I-9 is completed?

A: No. The revised form should be completed exactly the same way as the old one was. Employers should be mindful of changes to the types of documents that they may accept in Section 2 – Employer Review and Verification.

Q: Is the Form I-9 available in different languages?

A:  Form I-9 is available in English and Spanish. However, only employers in Puerto Rico may have employees complete the Spanish version for their records. Employers in the 50 states and other U.S. territories may use the Spanish version as a translation guide for Spanish-speaking employees, but must complete the English version and keep it in their records. Employees may also use or ask for a translator/preparer to assist them in completing the form.

Q: Are employers in Puerto Rico required to use the Spanish version of the Form I-9?

A: No. Employers in Puerto Rico may use either the Spanish or the English version of the revised Form I-9 to verify employees.

Q: When should employers begin using the revised version of the Form I-9?

Q. Do I need to complete the revised version of the Form I-9 for all my employees or just the new ones?

A: Employers only need to complete the revised version of the Form I-9 (Rev. 02/02/09)N for new employees. Employers should not be completing Forms I-9 for existing employees. However, employers must use Form I-9 when their employees require reverification.

Are you using the E-Verify system?

E-Verify is a voluntary (for now), online system that allows employers to quickly check the work authorization status of their new hires.

– Immigration reform is a hotly debated topic
– Use of E-Verify is mandatory in 12 states
– 6.6 Million E-Verify queries were run in 2008*
– Over 1000 companies sign up each week*
– More than 100,000 employers use E-Verify today*
– 96% of workers immediately are authorized to work through E-Verify*
– Employees have the right to contest results
– 13% of all new hires were E-Verified in 2008

*Reported by Department of Homeland Security

As a designated E-Verify service provider, FYI Screening can help you join the growing ranks of those employers who use the E-Verify system to confirm the legal status of workers in the United States.

Advantages of using our system:

Identity theft is nothing new. Each year, millions of people cope with having their identities stolen. But, many unwary job applicants are fooled by fake job postings that exist primarily to steal their identity. Millions of job-seekers carelessly post their sensitive personal information online. Criminals can use this information to wreak havoc. Here’s what job applicants can do to avoid becoming a victim of identity theft. 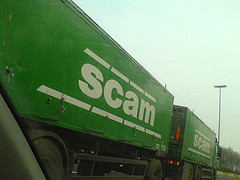 Many types of job postings are well-known scams. You should be wary of postings that advertise jobs for courier services and envelope stuffing. Jewelry making job openings should also raise a red flag. Similarly, applicants should be cautious about postings for overseas jobs. While they can potentially lead to valid employment opportunities, many of them have been designed to lure unsuspecting job applicants. Their goal is often to tempt job-seekers into providing their social security numbers, driver’s license numbers and even bank account information. Unfortunately, doing so can expose them to identity theft.

Knowing What To Look For

First, you should avoid providing sensitive information to potential employers until you’re convinced that a job opening is authentic. Second, if you’re unsure about a job posting, ask for references and check them. Third, do some due diligence. Try to determine how long the company that is advertising a position has been in business. Find out if there are any complaints that have been filed with the Better Business Bureau. Fourth, get every promise in writing before moving forward.

Having your identity stolen while looking for a job can be devastating. But, if you avoid common job posting scams and take a few precautionary steps, you can avoid becoming an identity theft victim. Then, you can pursue legitimate job opportunities with reliable employers.