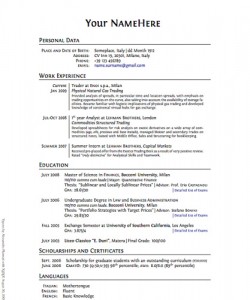 Another highly visible executive lied on his resume about his educational credentials.

Unfortunately this is a very common occurrence.  Studies show that over 50% of applicants lie about their job and educational history. Resume lies include falsifying academic credentials, padding dates to mask employment gaps, exaggerating job titles, embellishing job responsibilities and achievements, claiming sole responsibility for team efforts and even making up fictitious employers.

A thorough background check will usually detect these lies and save your company precious time, money and embarrassment.

(Source: nydailynews.com) New York’s plan to put one person in charge of its 26,000 vehicles sputtered to a halt when he flunked a city background check, sources told the Daily News.  Bill Griffiths, the fleet manager at the Smithsonian Institution in Washington, had been picked as New York’s first Citywide Chief Fleet Management Officer.

When the Department of Investigation checked his résumé, however, it found he claimed an educational credential he hadn’t really earned, three sources said.  The sources would not say what the credential was, but the offer was rescinded for the post – which would have paid up to $185,000 a year.