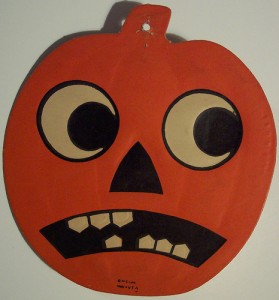 Earlier this week I wrote a post, Sex Offenders and Halloween Safety Tips and I wanted share more information on this topic.
USA Today reports:
“For Halloween this year, more convicted sex offenders must post signs telling trick-or-treaters to stay away or saying “No candy at this residence.”

In Indiana, Maryland, Missouri and New Mexico, some registered sex offenders are required to hang such signs where they live. In Maryland, the sign is a bright orange pumpkin.

The signs are part of expanding efforts to regulate not only where convicted sex offenders live and work but also their movements on Halloween. Many states bar those on probation from giving out candy, wearing costumes or decorating their homes.”