Psychology Today has an excellent article on this subject titled “Genes and Jobs.”

Employers need to take note, and employees should be aware of their rights

Congress passed GINA almost unanimously, and President Bush signed it on May 21, 2008. Described by the late Senator Ted Kennedy as “the first civil rights bill of the new century of the life sciences,”

Even some well-informed commentators seem to have missed this landmark piece of legislation. So have some employers. The University of Akron (UA), for example, adopted a policy as recently as August that could require any candidate for employment to submit a DNA sample.

Read more about Genes and Jobs.

The Coalition for Genetic Fairness also gives the following guidelines for employers on how to comply with The Genetic Non-Discrimination Act (GINA).

GINA outlines the following activities as unlawful employment practices and discriminatory on the basis of genetic information:

Furthermore, employers should be aware that it is unlawful for an employment agency, labor organization, or training program to fail or refuse to refer an individual for employment on the basis of genetic information, nor may the agency or labor organization attempt to cause an employer to discriminate against an individual on the basis of genetic information. 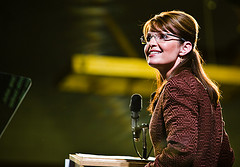