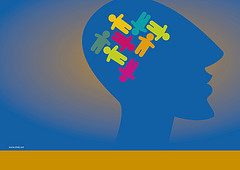 Congratulations to Ohio for being the first state in the country to reach “substantial implementation” of the provisions of a federal law cracking down on sex offenders (FYI Screening, Inc. is headquartered in Columbus, Ohio.)

The state is largely in compliance with the Sex Offender Registration and Notification Act, which is part of the Adam Walsh Child Protection and Safety Act of 2006, according to Ohio Attorney General Richard Cordray and U.S. Attorney General Eric Holder.

The Adam Walsh Child Protection and Safety Act was signed into law by U.S. President George W. Bush on July 27, 2006.

Failure to register and update information is a felony under the law. It also created a national sex offender registry and instructs each state and territory to apply identical criteria for posting offender data on the Internet (i.e., offender’s name, address, date of birth, place of employment, photograph, etc.)

It’s not everyday that I see a headline like this  in our local newspaper, The Columbus Dispatch.

Last night the Franklin County Board of Developmental Disabilities voted to require background checks every three years on all their employees.  Previously, background checks were conducted upon hiring and the county relied on the honor system for employees to report any offense after that.